At the Bad Omen, Tulk momentarily looks around, hoping to catch sight of Carter, then decides to consult the internal security cameras where he quickly confirms that his captive did in fact escape while stark naked … and with his hands still taped together. Tulk quickly gets dressed and is just about to depart the ship in an attempt to hunt down Carter when the rest of the crew returns, some at least slightly intoxicated. Zennith immediately begins complaining about the damage done to the cargo door, but they set this aside for the moment to concentrate on pursuit. Rather than splitting up, the crew stay together and, after briefly asking a couple of questions of locals and earning strange, uncomfortable looks in return, Bella openly asks someone about this wherein she learns that the gunfight from earlier has hit the local web-net where the faces of both AJ and Tulk are quite clear. Tulk suggests they hit Ella Guthrie’s bar on the presumption that Carter went there. 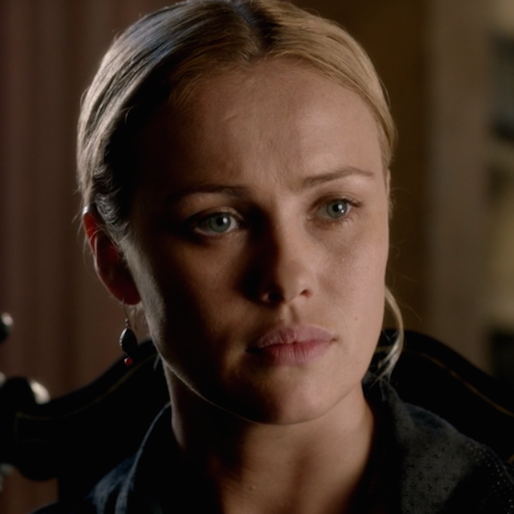 And it appears that he did. Outside of that bar are numerous police vehicles and the crew arrive just in time to see Carter being led out in handcuffs. Once the LEOs have withdrawn, Tulk suggests they speak to Ms. Guthrie and leads them in. When Guthrie approaches, she recognizes Bella and clearly has something of a history with her – and did AJ imagine the flat once-over the woman gave him upon realizing Bella was with him? Probably. It’s been a long day already. – but she’s far more pissed off that the crew has apparently fucked up her connection to the fucking stash by letting Carter get fucking apprehended, goddamit. She goes on for a time like this, using a copious amount of profanity, and tells Tulk that their “finder’s fee” for the stash will be not being black-listed on Laughing-Buddha. The crew exits.

While en route back to the Omen, Zennith start looking into hacking the police frequency to possibly locate the cops who left with Carter but realize that this will take some time. Rather than doing that, the crew (including Bella who thinks this is quite exciting!) suit up and take the coffin back to Carter’s habitation module with the intent of looking through his stuff in a likely futile attempt to figure out where the Hobbs stash is. There they find a single police “cruiser” parked outside and AJ suggests that Zennith rejigger the coffin’s LADAR to act like a laser microphone which we can ping the hab-module to listen in on what is said inside. What the crew hears are the sounds of fisticuffs – clearly, Carter is being roughed up and the fact that it is taking place way out here instead of at a precinct indicates that these LEOs are definitely acting off book. With Zennith quickly rigging up a jammer, the crew exits the coffin, leaving Bella behind to monitor comms.

With Tulk pausing to blast the police cruiser to disable it, Zennith hacks the alarm and AJ, thinking tactically, orders the crew to polarize their visors to ensure anonymity. They breach the hab-module with AJ in the front because of his space armor and find four “off-duty” LEOs roughing up Carter who is tied to a chair. Calista takes out one of the targets straight away and then Tulk does the same while AJ takes the extra second to aim … though it doesn’t matter as his target dives out of the way as Calista drops a second man; AJ’s target, upon seeing his three buddies down in mere seconds, wisely throws aside his weapon and surrenders. JoJo enters and gives the man a strong sedative that knocks him out, then does first aid on the men the crew shot to ensure none of them will bleed out. They then extract Carter … after he … passes the key that will allow them access to Cooper Hobb’s stash.

According to Carter, the stash is about ten minutes away in the rim of a crater at the foot of Mt. Petrovka, at the “Left Eye of Buddha,” and he insists that, technically he hasn’t promised Guthrie anything, but AJ doesn’t quite buy this. They settle down near the appropriate location and exit the Coffin where they discover (with a bit of digging) a buried outpost that appears to be a subterranean habitation complex. Carter admits that he does not know the actual code so Tulk hacks into it. The crew pass through the airlock and enter the seriously, seriously old complex that has been abanadoned for 150 to 200 years. Inside a storage room, they find many hermetically sealed crates with really old Scotch which was 150 years old when it was sealed up, as well as crates full of metal slugs that were clearly unmade coins for counterfeiting cash two hundred years ago. Far more importantly, though, they find numerous hermetically sealed tubes containing works of art, including Cavallari’s original (probably) Sunrise; Carter seizes that one and doesn’t let it go.

Pressing on, the crew enter a control room where a virtual image of Hobbs appears, congratulates them for finding his stash, then gives them 30 minutes until it goes boom. It does not even occur to the crew to try to stop this countdown, something that will irritate them to no end later, and they quickly retrace their steps, gather up all of the paintings, then heft as many of the crates – scotch and slugs – as they can to exit. 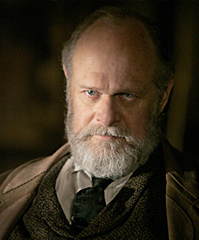 Outside, they discover that Boss Winfrey has arrived along with his goons and is quite pleased that the crew appears to have done a lot of the heavy lifting. It seems rather obvious that he intends to just gun the crew down – which is potentially bad for him since AJ is recording this through his implant and is half a moment away from doing a wide-band upload – when Ella Guthrie arrives with her goons and an equally valid (it seems) legal claim. Tulk briefly interjects here and manages to divert Guthrie and Winfrey to start focusing more on which of them has the more legal claim. While this tense standoff continues, the crew inch away and toward the coffin; to the various thugs, they look like people more intent on getting out of the potential line of fire than trying to escape so no one stops them. This gives the crew the chance to pile into the coffin and bug out. As they do, Carter’s conscience gets the best of him and he contacts Guthrie to warn her of the impending explosion. When she flees, this clues in Winfrey who follows suit and soon after, Cooper Hobbs’ stash goes boom.

After a moment of consideration, Tulk reaches out to Guthrie and offers to use her as an intermediary to sell all of the loots. At first, she is utterly furious – and her profanity shows it! – but she calms down and agrees to his offer when Tulk points out that she’s still going to make a considerable amount of money on this. Carter is initially unexcited about returning to Tambo to his father but Tulk, knowing how smooth an operator Bella is, asks her to convince him … and she does with a few smiles and comments. Besides, the crew did save his life earlier.

The crew spends a little time off-loading captured firearms onto the gray market here as well as purchasing some medical drugs for JoJo, then loads up the cargo that Tulk obtained for them and departs Laughing Buddha. Upon arrival at Tambo, Tulk escorts Carter – who has left the Cavaleri Sunrise behind – to Walt … after having provided Carter with some knock-out drugs that he can use to make good his escape. Walt is pleased and declares that his agreement with Tulk is complete – the slate is clean. And then, a little later, Carter returns to the dockhouse, retrieves his painting and heads out to start arranging for a museum to buy it.

For the crew, it has been a pretty productive day…